What is the Best Treatment for Lung Cancer?

What is Lung Cancer? 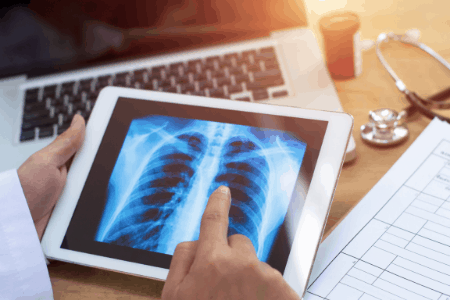 Lung cancer begins in the spongy tissue of the lungs as malignant cells begin to divide and grow out of control. Your lungs take in oxygen and release it into the bloodstream from the air you breathe. They just as efficiently dispel carbon dioxide out of the blood upon your exhale. It’s a life-inducing procedure that is generally automatic. Unless you think about it, your lungs keep bellowing in and out as part of your body’s natural processes.

First, non-small cell lung cancer (NSCLC) occurs in up to 85% of cases. Within this category are cancer subtypes, including:

There are a few other types of NSCLC, such as the sarcomatoid carcinoma, which are much less common.

Second, small cell lung cancer (SCLC) affects 10 to 15% of all lung cancer patients. It’s a faster-moving lung cancer than NSCLC. About 70% of patients already have the disease spreading by the time it is diagnosed.

Although NSCLC and SCLC are the two most common forms of lung cancer, other types of tumors can occur, such as:

Cancers can also start in other parts of the body and spread to the lungs. Pancreas and kidney tumors, for example, can metastasize to the lung tissue, but they are not lung tumors.

What Are the Signs of Lung Cancer?

At its earliest stages, lung cancer doesn’t show any symptoms or signs of the disease. This is problematic because the disease can be advanced before it’s even diagnosed. Some of the signs of lung cancer can include:

If you have any of these signs and you’re worried, please see your doctor for an assessment.

What is the Best Treatment for Lung Cancer? 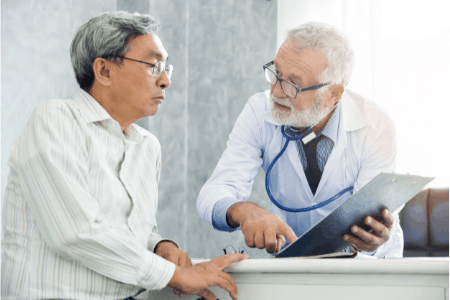 There is no one-size-fits-all lung cancer treatment. Upon your diagnosis, you will work closely with your doctor to determine the best course of treatment. This individualized course of care is designed around your overall health, your health goals, and the type and stages of your lung cancer. Some of the most common treatments available today include surgery, chemotherapy, and radiation therapy.

Lung cancer surgery is intended to remove a section of the lung and surrounding tissue where the cancer may have spread.

Chemotherapy uses cancer-killing drugs to shrink or kill your tumor. The medication is given through an IV or taken by mouth. Typically, doctors use a combination of drugs over weeks with downtime between doses. Chemotherapy is often used post-surgery to kill any cancer cells after the procedure is complete. Chemotherapy can be used also with radiation therapy to shrink cancer cells.

Radiation therapy has grown more sophisticated over the years. Traditional radiation is two-dimensional and the radiologist must control the treatment based on experience. Subtle changes in how the patient is breathing or in the movement of organs internally can affect the precision of traditional radiation therapy. This increases the chance that healthy tissue will be affected by powerful cell-killing radiation.

Today, your oncologist can use image-guided radiation therapy (IGRT) to conduct a precision hit on cancer cells down to the microscopic level. This is a type of radiotherapy that focuses intense radiation from many angles directly onto the cancer cells.

IGRT is a more precise way to target just the cancer cells. It’s often used alongside intensity-modulated radiation therapy (IMRT) that uses computer-guided X-rays to target a malignant tumor in the lungs or other organs.

Another study says, “By ensuring radiotherapy accuracy and appropriate dosing, these technologies can lower the radiation dose delivered to normal surrounding tissue while improving the local tumor control rate of the tumor and reducing the chance of radiation complications.”

Am I at Risk for Lung Cancer?

In 2021, approximately 235,760 new cases of lung cancer will be diagnosed in the U.S. Lung cancer is the second most common form of cancer, after skin cancer, in both men and women. The chances of a man developing lung cancer are one in 15. For women, the chances are one in 17.

Roughly 90% of all lung cancers are caused by smoking, whether you are the primary smoker or are exposed to secondhand smoke. The smoke from tobacco has many toxins that we know cause malignant cell growth in the lungs. If you smoke, quitting the habit is the number one thing you can do to lower the risk that you will develop lung cancer in your lifetime.

Other primary causes of lung cancer include:

If you’re worried about lung cancer, or if you’ve received a troubling diagnosis, please don’t hesitate to talk with the team at Central Florida Cancer Care Center. We provide the best treatment for many types of cancers, including lung cancer, and can work with you and your family to develop a plan of care.